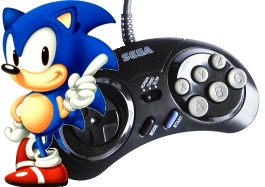 Status of Users in the Sonic Hacking Community (looooooong list)

Status of Users in the Sonic Hacking Community (looooooong list)

Active/Semi-Active?
DevEd - I have seen him on the communities' Discord on the occasion, but not so much on the forums
StoneBanana - He WAS inactive for while, but suddenly came back
MikeBerry - I've only seen him post on SSRG recently
djhoe - he's only on IRC chats

Semi-Active/Barely-Active Users
NeoFusionBox - I've hardly seen him do anymore with his hacks
Spanner - Occasionally active on SSRG and Retro, but only primary for promoting SHC
Donnie - Only ever active during SHC
Ordos Alpha - I don't see post on the forums anymore, but I'm PRETTY sure he still manages SSRG
RedhotSonic - Busy with life, has a family, YT channels, and job to manage etc
SuperEgg - I don't see much on the forums anymore
MegaGWolf - probably burned out on Sonic Hacking
Clownacy - I hardly seen him around at all
StephenUK - Not too sure, but I think he mentioned about a health problem he was struggling
Cinssou - Busy with job
Xeal - mostly active on Discord
LJSTAR - only during SHC with his projects
GerbilSoft - only for occasionally management
jubbalub
Varion - similar reasons to other oldbies of the community
rala
SameytheHedgie
Yami - discord
RavenFreak
Pantufa the Cat
icet
AngelX
CaveQuest
Kurk
Sewer16 (or that sewerguy)
RadioTails - the entitled snob lol
JoeNickROS - He'd probably be inactive soon
Lone Devil - only for his projects, he's also beginning to lose his interest in Sonic
CHRdutch - only for his project
CampbellSonic
GenesisDoes - only for his project
Akuma~Yin
Mr Cat
Nova
KCEXE
Selbi - Hardly seen him anymore
OverLord


Inactive Users
Electroball - ROM hacking was never fun for her (from what she said)
BinBowie/Bakayote - got bored of it I guess
Ralakimus - Personal life problems and he left the internet and it's entirety forever
Ezequiel Matias - was banned multiple times and left for being bashed by members there
SonicVaan - Got sick of the toxicity of the community and it's elitism (TBH, I don't blame at all for his decision)
Unlimited Trees - I got sick and tired of his hacks not getting the recognition and feedback they deserve (I feel ya man, and I still root ya UT <3)
MarkeyJester - I don't see him around at all anymore (tho I could be wrong)
Panito - personal life issues
FireRat - got revoked for the problems and infamous issues that he brought on to the community
Eduardo Knuckles - similar reason
JayJayurkin - I've only seen him on SSRG discord, but prolly got banned or left on his own terms
RoyaMellow - prolly got tired of being ripped on by the "knowbetter" peeps or biased/nitpicky people who didn't like his style of writing
Luigixhero - became the whinny soreass (While he does have good points that I can agree with, but can also sometimes rip and pin fault on the wrong ppl)
Asurho the Badger
Dandaman
ThomasSpeedRunner - left for Undertale modding (I believe)
VegaLTE - left for the war
HackGame
DJShockWave
Abyssal Leopard
Seanbie
theocas
GenesisFan64
AnimeMaster
Sonichackman
Other Admins of SSRG forums (oddly)


I know there are plenty more I can list, but this all I know at the top of my head, if I have the need to change something I will update this (via my signature)
Ravenfreak 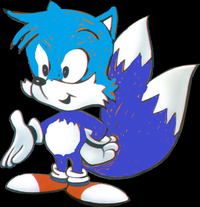 Re: Status of Users in the Sonic Hacking Community (looooooong list)

I'm going to try to get a hack out at some point this year, but that's the keyword try. I tend to focus on working on my disassemblies in private which is why you rarely see me post about hacks/hacking tbh. Recently Sonic Drift has caught my attention again and I managed to find a error handler. Interesting enough it's the only Game Gear sonic game that has one I think. It's very basic though, it just displays "CHECK CARTRIDGE" and reverts back to the Sega screen. xD I'm compiling a hacking guide for Retro's wiki and will eventually get around to documenting the error handler on the wiki too. Probably sometime this weekend I'm going to add it.